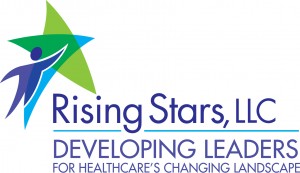 Many of us fear rejection. Sometimes to the point that we don’t take the initiative to apply for the promotion, to initiate a new project, to be open to possibility, because there is the chance we could fail. From the DISC assessment, we know that those who are high in Dominance (D) are more likely to be risk takers. Still no one likes rejection. Or do they? Jia Jiang desperately wanted to be an entrepreneur, he had a dream, a great idea; but he was having trouble landing the necessary funding. Time (and money) were running out. What would you do?Jia realized that his fear of rejection was a bigger obstacle than an actual rejection, and he wanted to find a way to deal with rejection without it destroying him. He initiated his "100 days of rejection" experiment, where he willfully sought rejection on a daily basis--from requesting a lesson in sales from a car salesman (no) to asking a flight attendant if he could make an announcement on the PA system (yes) to his famous request to get Krispy Kreme doughnuts in the shape of Olympic rings video. Jia learned that even the most preposterous wish may be granted if you ask in the right way, pick the right targets, and focus on how to turn an initial “No” into a positive.Those who are successful in sales, know it’s a numbers game. Your prospects won’t always say yes. Your boss won’t either. Your mission is to make many requests, have lots of experiences, so you can feel rejection and move past it to success. Whether that means a new job, new responsibility or a new home loan, the answer will certainly be “No” if you don’t make the effort to get a “Yes.” What are you willing to attempt today? How can a silly request to build your resiliency to “No” lead to something you really desire?Words of Wisdom“Rejection is neither an indication of value or talent. Remember that. If you believe in what you have to offer, then don’t stop offering it simply because some of those you offer it to reject it. Many people are not very good at recognizing talent or value. It doesn’t mean you won’t eventually find an audience that will appreciate you.” Zero Dean“I take rejection as someone blowing a bugle in my ear to wake me up and get going, rather than retreat.” Sylvester StalloneSpeaking, Events and TravelAug. 12 Job Benchmarking project, Phoenix, AZAug. 14, Emerging Healthcare Leaders, Phoenix, AZAug. 20, Presentation & 360 Assessment Debrief with Healthcare Leaders, Tucson, AZSept. 1, Collaborating for Outstanding Outcomes, California Human Resources Conference, Anaheim, CA (at Conference Aug 31- Sept. 2)We are always grateful for ongoing work with our treasured clients and for referrals! They are one of the highest compliments you can provide.

Free 30 minute intro coaching session
Curious to learn more about how Executive Coaching can help you achieve your goals?